The Man Who Cried All the Way Home by Dolores Hitchens 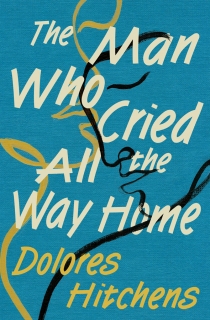 When a policeman shows up at her door one morning, Doris Chenoweth is sure her husband, Sargent, is home—but she’s wrong. He’s been found dead in his car at the edge of a reservoir. With no one else to turn to, Doris calls her elderly uncle Chuck, knowing he has no real reason to help her since they’ve fallen out of touch.

But to Doris’s relief, Chuck comes to her aid, armed with his law degree. Acting as her attorney, he delves into her husband’s affairs—business and romantic. The revelations come fast and furiously, pointing to infidelity, shady stock investments, and a betrayal of the worst kind. And when Chuck realizes Doris has secrets of her own—ones that could land her in jail—he must determine which is a greater motive for murder: love or money . . .