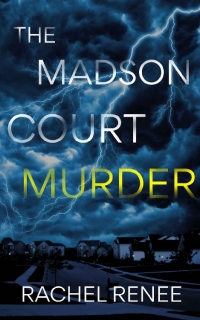 Murder isn’t the only thing suspect on Madson Court. Detective Griesel investigates the web of lies concocted by neighbors to keep secrets safely hidden within the suburbs.

Andrew Griesel’s career as a homicide detective ran him through the gambit of murderers and victims alike.
After a man is shot dead in a suburban neighborhood, the detective is thrust into a case with a witness checklist a page long, and a suspect catalog that matches.

Each neighbor has a story to tell. Piece by piece, the detective and his crew combine what they’re told by the possible suspects with what they know to be true. In the end, everyone has a secret to hide. Does the evidence point to the murderer, or is there something much more sinister afoot on this once typical neighborhood street?