The Lonely Ones by Håkan Nesser 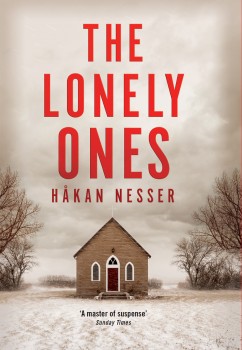 A trip behind the Iron Curtain would change their lives forever . . .

It begins in 1969. Six young people arrive in Uppsala. Different circumstances push the three young couples together and, over the course of a few years, they become friends. But a summer trip through Eastern Europe changes everything, and when their time at Uppsala University is over it also signals the end of something else.
Years later, a lecturer at Lund University is found dead at the bottom of a cliff in the woods close to Kymlinge. And chillingly, it is the very same spot where one of the Uppsala students died thirty-five years before.