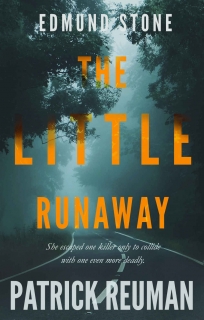 Tera has an abusive father. Sadness and fear have become a part of her life, imbedded into her and her mother like a terminal cancer. Until one night when her father takes it too far.

With her mother dead, she isn’t sure what to do anymore. So, she does the unthinkable, the one thing she never thought she would be brave enough to do – she runs. If it takes running to the end of the world to escape him, that’s what she will do. But could there be an even darker evil waiting for her?

In a foreign city, young girls are vanishing, and Tera thinks she may be one of the only people in the world who has laid eyes on the predator. With a group of rag-tag kids she just met but has grown close to, she decides she can no longer run from those that would prey upon her. She is going to face her fears and look death straight in the eye, and this time, she’s going to win.