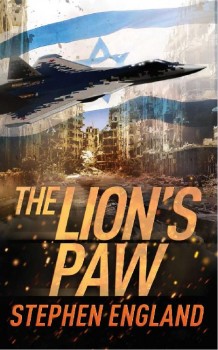 “God. . .wherever He is, whoever He is, hasn’t cared about Syria in a very many years.”
The Sukhoi Su-57 “Felon.” The Russian Federation’s formidable new stealth fighter. Sleek, dangerous, and—forward-deployed into the maelstrom of the Syrian Civil War for field testing—vulnerable.
For the CIA, the Su-57’s presence in Syria presents an opportunity. For Mossad’s David Shafron, the former assassin once known as the “Lion of God,” it represents a threat. For the Syrian rebels soon tasked with its recovery. . .their own damnation.

It’s a high-stakes gambit worthy of the Cold War, but this war is red-hot.
For Mohamed Taferi, dispatched by Shafron to lead the operation on the ground, the Syrian conflict is nothing new. An Israeli Druze and Mossad field officer, he’s found himself in the war-ravaged country countless times over the years. But this mission will plunge him deeper into the darkness—the madness—of the inferno than ever before, hunted by Russian Spetsnaz and a sadistic Syrian Special Forces captain, forced to rely on a ragtag, bloodied band of the unlikeliest allies, rebels and jihadists alike, in a nightmarish journey of the damned across the very heart of desolation.
And no one is emerging from these fires unscathed.

Her Darkest Hour by L.A. Detwiler

A Sure Thing by Sam O’Brien