The Light at Midnight by Tom Reppert 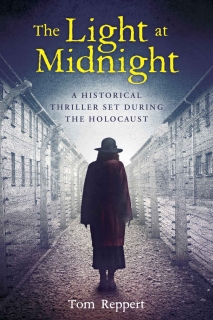 Tragedy and terror threaten one brave Jewish girl during the Holocaust in this inspiring war story about never giving up. Fourteen-year-old Rivka Resnik survives the brutal massacre of her family in Lithuania, only to spend the rest of the war fighting as a partisan against Nazi forces and languishing as a prisoner in Auschwitz.

Finally rescued and sent to America, Rivka soon faces the SS officer who commanded the death squads that murdered her family. Now, it is Rivka’s turn to become the hunter. In this enthralling novel set during the Holocaust, author Tom Reppert masterfully depicts one young woman’s harrowing experiences across Europe and the United States.