The Legacy of the Iron Dragon by Robert Kroese 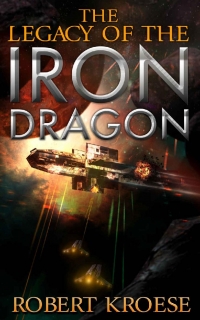 The war against the implacable Cho-ta’an carried a desperate group of humans 1300 years into the past, but the fight for humanity’s future is just beginning!

Mankind’s future among the stars now rests on a ragtag band of Vikings who have taken to the stars. The Norsemen’s only hope is to ally with the mysterious people called Truscans, who possess the technology to defeat the aliens. But where did the Truscans come from? What do they want? Can they be trusted as allies against the Cho-ta’an?