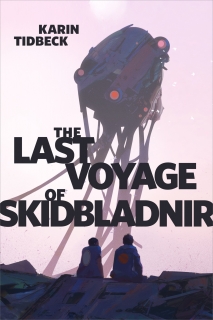 Life on the transdimensional ship Skidbladnir is a strange one. The new janitor, Saga, finds herself in the company of an officious steward-bird, a surly and mysterious engineer, and the shadowy Captain. Who the odd passengers are, and according to what plan the ship travels, is unclear.

Just when Saga has begun to understand the inner workings of Skidbladnir, she discovers that something is wrong. Skidbladnir is sick. And it’s up to her and the engineer to fix it.