The Last Man by Robert McNeil 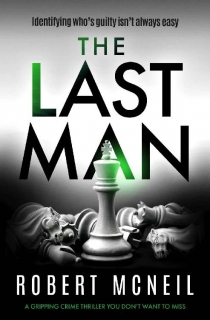 DCI Alex Fleming returns to work after convalescent leave to find that the Assistant Chief Constable wants him to review an old cold case.
William Stroud, a union activist, was shot dead five years ago after a strike at the Atomic Weapons Establishment organised by the union leader, Bill Kauffman. No one had ever been arrested for the crime and, unknown to Fleming, MI5 have an interest in the case.

When Fleming later finds out they do have an interest in what is going on at the AWE, learns that Stroud had been working for MI5 as an undercover agent, he realises how deep he is going to have to dig.
After speaking to the original officer who investigated the case, he learns that another activist was the main suspect.
But as the body count rises and Fleming uncovers an extra marital affair, he realises the answers may lie in a very different place…