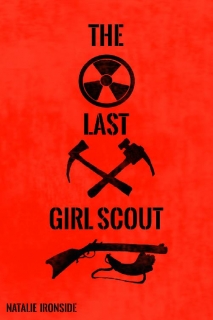 The past lies like a nightmare over the world.

Two hundred years after the War when atomic fire rained from the skies and burned the world to cinders, human civilization has had time to rebuild within the burned-out husk of Old America. But the old terrors of the past still persist, and while some work to build a better world, others still dream of reclaiming the glory of the Old World.

In southern Appalachia, political commissar Magnolia Blackadder is sent on a mission into the irradiated Exclusion Zone of Old DC, where an evil that humanity thought it had vanquished centuries ago is waking up and rebuilding its strength. Along the way, she meets a strange woman with terrible secrets and an unspeakable past, and as they forge a bond and brave the terrors of the wasteland together, she learns that some demons are not so easily exorcised, and that some stones are better left unturned.

In this her debut novel, award-winning author Natalie Ironside delivers a new vision of the post-apocalypse, a tale of adventure, terror, love, and that most basic and most powerful of all human desires: Freedom.