The Last Girl by Nick Twist 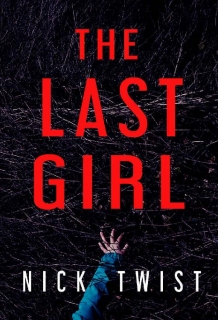 You will keep turning pages as if you have a gun pointed to your head.
A plane crash. Lost memories. And a traumatic past that hunts her future.
Who are without our memories? What if turns out we’re the one we hate the most?

Last girl, and sole survivor, Jane Doe, of a Atlantic flight 1001 wakes up on an uncharted island, stripped of her name, past, and identity. Turns out this is some sort of an American military base amidst the Atlantic Ocean. and she may be the only one who has clues to why the plane crashed. And they may be right about that.

When she finds clues hinting to her terrible and traumatic past, she will stop at nothing to remember, only to prove to oppose the idea of being such a horrible person. And then she stumbles upon more clues that lead her to a younger girl who maybe in dire danger on this island, who may actually be her own daughter whom she had left behind.