The Kill Road by Nic Roberts 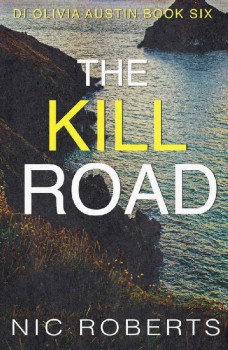 How far would you go to uncover the truth?
19 bodies are found at the end of a remote Cornish road in what appears to be a mass suicide.

For Detective Inspector Olivia Austin and her team it should be a straightforward case, but the only
survivor turns up at Newquay Police Station with a very different story to tell and she finds herself
led on a hunt for a dangerous cult leader with the blood of his followers on his hands.
Will they be able to catch him before the next planned ascension?