The Illuminati Endgame by David Leadbeater 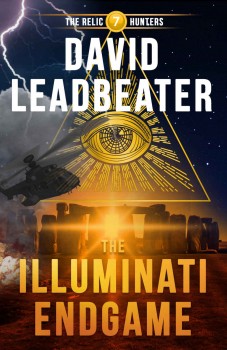 Part two of a two-part adventure!
Chasing the Illuminati across the globe, the Relic Hunters fight to prevent an apocalyptic change in the world order. From Loch Ness and Canada to Hawaii and Stonehenge, the battle lines are drawn and crossed, obliterated by the relentless onslaught of the Illuminati who will stop at nothing to reap their promised rewards at the final sanctum: the mysterious Hades.

With some of their team abducted and forced to take part in a terrible ceremony, carrying injury and animosity, the Relic Hunters confront the Illuminati and their army of Hoods and fanatical followers for the final time. Life as we know it hangs in the balance.

In what may be the last fight of their lives, the stakes could not be higher as the world awaits its fate. . .