The House Uptown by Melissa Ginsburg 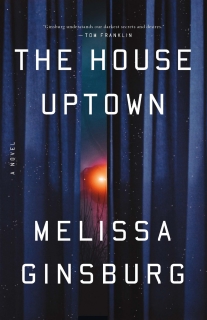 Ava, fourteen years old and totally on her own, has still not fully processed her mother’s death when she finds herself on a train heading to New Orleans, to stay with Lane, the grandmother she barely remembers.

Lane is a well-known artist in the New Orleans art scene. She spends most of her days in a pot-smoke haze, sipping iced coffee, and painting, which has been her singular focus for years. Her grip on reality is shaky at best, but her work provides a comfort.

Ava’s arrival unsettles Lane. The girl bears an uncanny resemblance to her daughter, whom she was estranged from before her death. Now her presence is dredging up painful and disturbing memories, which forces Lane to retreat even further into her own mind. As Ava and Lane attempt to find their way and form a bond, the oppressive heat and history of New Orleans bears down on them, forcing a reckoning neither of them are ready for.