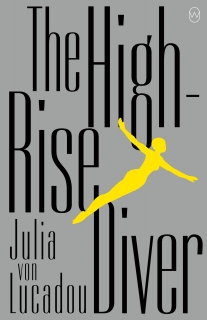 For readers of The Handmaid’s Tale, The Circle, and Brave New World comes a chilling and distressingly plausible dystopia which creates a world in which performance is everything and one woman’s failure to achieve becomes another’s downfall.

Riva is a “high-rise diver,” a top athlete with millions of fans, and a perfectly functioning human on all levels. Suddenly she rebels, breaking her contract and refusing to train. Cameras are everywhere in her world, but she doesn’t know her every move is being watched by Hitomi, the psychologist tasked with reining Riva back in. Unquestionably loyal to the system, Hitomi’s own life is at stake: should she fail to deliver, she will be banned to the “peripheries,” the filthy outskirts of society.

For readers of The Handmaid’s Tale, The Circle, and Brave New World, this chilling dystopia constructs a world uncomfortably close to our own, in which performance is everything.