The Hidden Grave by Dominika Best 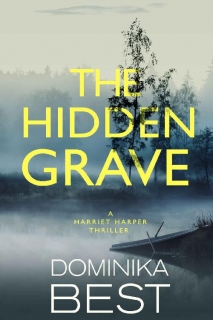 Still reeling from the aftermath of solving the Creek Killer investigation, Cold Case detective, Harriet ‘Harri’ Harper has returned to Eugene, Oregon to tend to something closer to home: her private quest to find out what really happened to her sister, Lauren Harper, who disappeared almost twenty years ago.

A serial killer has been stalking young teens and dumping them in the same woods where her sister was last seen. Could the two cases be somehow linked? When Harri, along with FBI profiler Jake Tepesky, gets involved in the search for a missing fifteen-year-old boy, they uncover a decades-old conspiracy, one that someone wants very much to keep secret—at all costs.

As more victims die and few clues surface, Harri and Jake’s investigation collides with that of the Eugene Sheriff’s department in a clash that threatens both their careers. Can Harri find the evidence to stop the killer, or will she become his next victim?