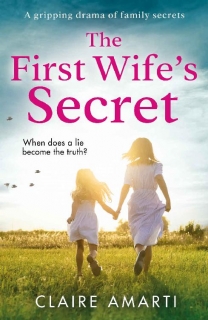 Dinah Spencer is back in her childhood home for one stressful weekend. It’s the twenty-five-year anniversary of her father’s marriage to her stepmother. Those twenty-five years haven’t all been happy ones for middle child Dinah, but she’s getting ready to put the past behind her, keeping the bonds of family strong for her own daughter Josie’s sake – until her beloved dad collapses in the middle of his anniversary speech.

In the wake of her father’s shocking cardiac arrest, youngest daughter Lottie Spencer must struggle to keep her family afloat. Her mother, the ever-capable Mara, suddenly seems disturbingly fragile. Then there are Lottie’s two older step-sisters, Vaughan and Dinah, whose own private lives seem to be fraying at the seams. And then there’s that mysterious box in the attic, belonging to her father’s first wife. A box whose explosive secrets Lottie is only just starting to unravel…