The Final Flight by James Blatch 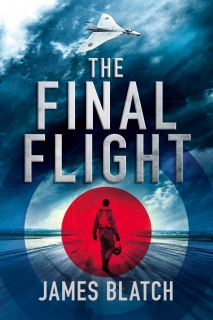 A deadly crash, a government conspiracy, a lone pilot with one chance to uncover the truth. Project Guiding Light is NATO’s biggest secret. A system to take long-range bombers deep into the Soviet Union, undetected. There’s just one problem. And veteran engineer Chris Milford has found it.

A lethal flaw that means aircrew will pay a terrible price. Undermined and belittled by a commanding officer who values loyalty over safety, Milford is forced down a dangerous, subversive path. Even his closest friend, Rob May, the youngest test pilot on the project has turned his back on him. Until the crash that changes everything.