The Fifth Suspect by Robert McNeil 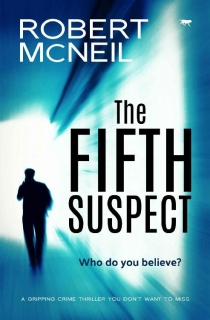 Meet DCI Alex Fleming. A man on a mission.
Alex Fleming is a newly promoted DCI with a troubled past who becomes embroiled in a web of intrigue when investigating a murder. A London nightclub owner is found dead on his boat on the River Thames. Fleming is keen to prove his worth with his first murder case after joining the Major Crime Unit of Thames Valley Police.

But Bill Watson, a belligerent DCI, gives Fleming a hostile reception and, as internal politics come into play, Fleming finds himself up against his colleagues and a troubling case.
During the course of the investigation Fleming and his sergeant, DS Logan, identify there are five suspects. But is he looking in the right place?