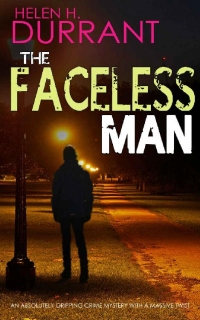 A teenage boy is found murdered in a local park. Stabbed to death and set alight to destroy the evidence.
Detectives Harry Lennox and Jess Wilde soon learn his identity and find his bedroom wall decorated with photographs of the victims of unsolved murders.

There are images of three people who appear to be the next victims. One of them is the faceless man, a blank cut-out with no features.
Jess and Harry must find the killer before the next target dies. And Harry is guarding a secret that could destroy everything he’s built