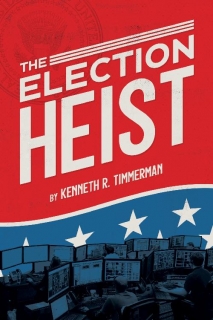 With scenes ripped from today’s most viral blogs, The Election Heist plays to the suspicions of millions of Americans who believe Russia hacked the 2016 elections, and millions more who fear that nefarious players could manipulate the results in the 2020 race. Packed with complex and believable characters, rapid-fire dialogue, and chilling details about the very real vulnerabilities of our election infrastructure, The Election Heist is written by investigative reporter, bestselling author, and former congressional candidate Kenneth R. Timmerman.