The Drowning Men by Jane Adams 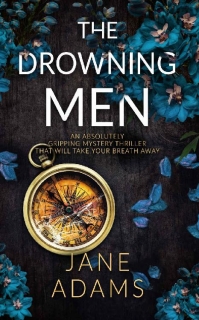 Ex-detective Ray Flowers thinks that all he has to worry about is his overgrown honeysuckle until an unexpected phone call shatters his complacence. The drug supplier known as Angel Eyes is back on the streets.
They called him Angel Eyes, after the insignia he left behind at every crime scene.

A PAIR OF INNOCENT BLUE EYES ON A SHRED OF PAPER
Angel Eyes vanished without a trace. But the lives he destroyed are still in ruins.