The Dogs of Winter by Ann Lambert 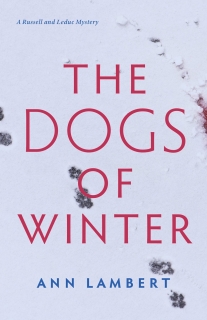 The Dogs of Winter begins after a howling snowstorm envelops Montreal, and the body of a young woman is discovered in its wake. The only clue to her identity is the photograph in her pocket, and on it, the phone number of Detective Inspector Romeo Leduc. Meanwhile, Marie and Romeo are busy navigating their deepening relationship, and a student at Marie’s college is the victim of a terrible assault. While Romeo begins to think that the dead woman may be linked to violence against several homeless people in the city, the search for justice in both cases is thwarted by societal apathy and ignorance, even as the killer is stalking the frigid streets of Montreal, preying on and terrorizing its most vulnerable citizens.