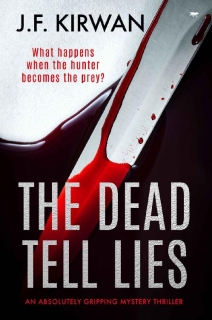 What happens when the hunter becomes the prey?
Greg Adams, a criminal psychologist at Scotland Yard, specialises in bringing serial killers to justice. He is at the top of his game, having just put away his sixth serial killer when his wife is brutally murdered by another killer known as the Dreamer.
A year later, unable to bring the killer to justice, Greg has quit his job and is ready to end it all, when he receives a phone call from a man who tells him the Dreamer is dead, and that he didn’t kill Greg’s wife, Kate.

Greg returns to Scotland Yard to work for Superintendent Chief Detective Donaldson in the hope he can re-examine the case with the help of two new detectives, Finch and Matthews.

As Greg delves into the case further, he becomes more convinced that the Dreamer wasn’t the man responsible for his wife’s murder.
But if it wasn’t The Dreamer, who was it?
In order to solve the mystery around his wife’s murder, Greg is going to have to delve even deeper into the mind of a terrifying psychopath. And this time he might not make it back in one piece…