The Dead Call by J.M. Dalgliesh 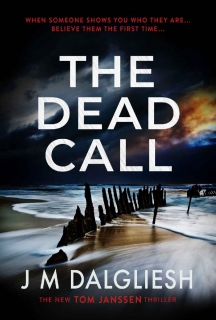 When someone shows you who they are, believe them the first time…
When a woman’s body is found in the sea at Blakeney Point with a single blow to the head, DI Tom Janssen and his team must work out who wanted her dead and why? What would drive someone to murder an elderly woman in such a savage and callous manner?

A formidable woman, a Watcher of the local nature reserve, who dedicated her life to preserving her natural surroundings has made many friends along the way… and even more dangerous enemies. A veteran campaigner – just how did she manage to succeed against all the odds when facing those with far greater resources than her own.

Meanwhile, a man is found murdered in his kitchen showing no signs of having put up a fight. This second case brings murder a little too close to home for the entire team. Tom finds himself questioning the motives of those closest to him and he must face the uncomfortable reality that you never truly know those around you.
The team must keep secrets from one another, straining their bonds of friendship in order to catch a ruthless killer before they are able to strike again…