The Coterie by Gary Gregor 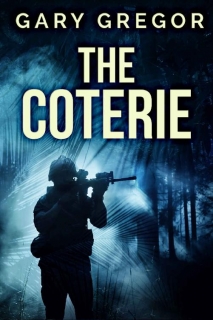 Chapman Bouttell, a South Australian homicide detective, is assigned to investigate an apparently motiveless murder in suburban Adelaide.
But this case turns out to be something different altogether, as Chapman recognizes the victim as a member of a covert action unit – to which Bouttell himself was assigned during the Vietnam War. Soon, he discovers that three of the four survivors from his unit have met their end in a similar fashion.

Drawn into a violent conspiracy that dates back to those chaotic days, Bouttell realizes that if he doesn’t act fast, he will be next. But why do they want him dead, and who is behind the mysterious group only known as The Coterie?