The Church of Sleep by Zachary Rawlins 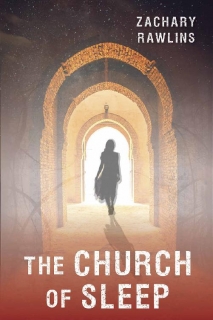 Central teeters on the edge of collapse.
Depleted from a pyrrhic victory against the Anathema, Alice Gallow and her remaining Auditors are cut off from Central by a great storm in the Ether, while Alistair remains at large.
Grieving the death of her father and brother in a Thule attack, the new Mistress of the Black Sun is trapped outside of Central while the Thule Cartel executes a brutal coup. As Black Sun and Administration forces are routed by the Thule offensive, the only asset remaining in Central to Anastasia is a covert unit, charged to bring back the head of Lord Gaul Thule to the Mistress of the Black Sun as a courting gesture.

In Central, Lord North and the remaining Hegemony forces hold out desperately against the Thule assault, and Director Rebecca Levy struggles to protect the staff and students at the Academy, while Emily Muir consolidates her hold on the Far Shores with a motley group of friends and refugees.

Damaged by his incarceration in the Outer Dark and drained from the effort of destroying the World Tree, Alex waits nervously at the occupied Far Shores. Surrounded by his friends and saviors – Katya, Emily, and Vivik, nearly all the members of the Rescue Alex from the Outer Dark Club – he is desperate to locate Eerie before the Church of Sleep manifests to collect the Changeling, putting an end to her life, Alex and Eerie’s burgeoning romance, Central, and even the club itself.
Meanwhile, in the Outer Dark, John Parson prepares for the assembly of the Church of Sleep, making one last emotional plea to his Changeling captive before the coming of the end.