The Case of the Terrified Typist by Erle Stanley Gardner 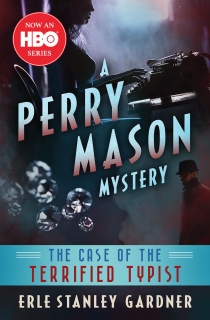 Perry hires a temporary typist who flees in a panic, leaving behind a pair of diamonds hidden in a wad of chewing gum. Down the hall from Perry’s office, a co-owner of a gem importing company has been charged in a smuggling scheme, and with murdering his accomplice. Mason agrees to defend the accused man, who would rather die than cooperate. And he just might–unless Mason can track down the terrified typist.