The Cascade Killer by Rob Phillips 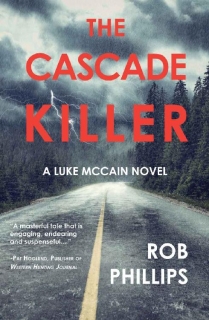 As a Fish and Wildlife police officer, Luke McCain and his partner — a yellow Lab named Jack — spend their days patrolling the rivers, lakes and forests of the wild and scenic Cascade Mountains in Eastern Washington. After hunters discover human remains inside a bear’s stomach, McCain is thrust into the investigation. As more dead women are found in McCain’s region, authorities suspect a serial killer is prowling the mountains he knows best. McCain will need his knowledge as an outdoorsman, and his instincts as an investigator, to track the psychopathic predator before he kills again.