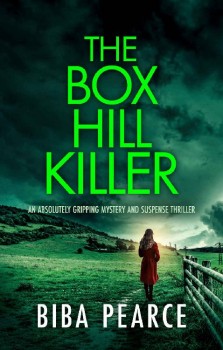 Twelve years ago, Noah Palmer went for a bike ride and never came home. His body was found in the Box Hill woods, a five-pointed star carved in his chest. He is the fourth victim of a serial killer who has never been caught.

Now, a young woman is involved in a shooting outside Harrods in central London. Her DNA shows a familial match to the Box Hill cold case.
Detective Rob Miller leads the investigation. But there’s not much to go on. Just when he thinks he’s got a lead, the case is turned on its head.

In order to solve this mystery, Rob’s going to have to go off-book, potentially putting his career — and already complicated love life — on the line.
Can he stop the Box Hill killer?