The Booker by Grace Hudson 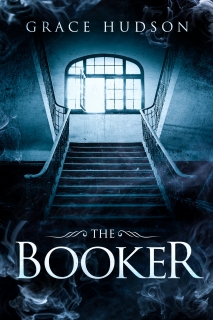 One underworld entanglement.
One haunted music venue.
One chance to make it out alive.

When Barry Matthews left his band to become the booker for Melbourne’s hottest music venue, he never expected to find a link to the past buried deep within the rubble from the renovations. And now the new spate of threatening phone calls are becoming as troubling as the disappearing visitors and the malevolent activity in the basement.

Trapped within the hotel with the alluring Simon, or Felicia, depending on his choice of outfit, they must join together to survive the threats from outside, as well as the dangers growing within the walls of the hotel.

But the longer the renovations go on, the stronger the dark forces become. Barry and Simon must uncover the secrets behind the hotel’s sinister history before it’s too late, or risk becoming the hotel’s latest victims.