The Blood of Saints by Nick Dorsey 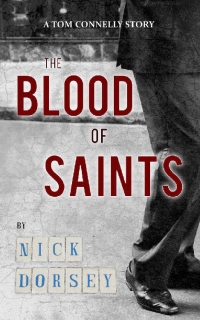 Tom Connelly is done with the detective business.
At least that what he keeps telling himself. But when his final client murders her husband, Tom suspects she’s being set up. He goes to work for the New Orleans Public Defender’s office as an investigator, working alongside Defender Jean Perez.

Jean is overworked, underpaid, and would like nothing better than to move Tom’s case along as quickly as possible, but together, they’re pulled deeper into the case than either of them thought possible.
To prove their client is innocent, Tom and Jean must traverse a world of crooked lawyers, ambivalent cops, and ambitious wise-guys.
They’ll learn that in New Orleans, everyone has a hustle. And nobody stays honest forever.