The Beggar’s Pawn by John L’Heureux 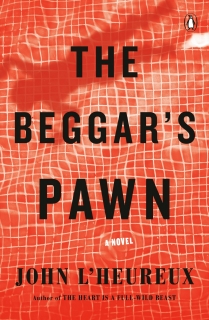 The final book by the noted novelist, short story writer, and teacher John L’Heureux: the story of an affable stranger whose appeals for money gradually upend the lives of an academic’s family

After a decades-long career as a critically acclaimed writer (including several novels with Viking and Penguin in the late ’80s and early ’90s) John L’Heureux had a late flowering in his career. In the year before his death in April of 2019, The New Yorker published three of his stories, and a collection of his short stories will be published by A Public Space in December 2019.

His final novel, The Beggar’s Pawn, is the story of a family whose chance meeting with a stranger while dog walking slowly becomes an ominous invasion of their domestic lives. David and Maggie Holliss are an ordinary married couple about to ease into a comfortable, well-earned retirement while tending to three middle-aged children with whom they share an edgy relationship of love and resentment. Reginald Parker enters their lives when he saves their dog from being run over by a truck, and when asked how they can possibly thank him, he replies with a request for the loan of two hundred dollars. They lend it to him, gladly, and thus begins what will become for them and their family a nightmare that moves from comic resignation to stark tragedy.

In The Beggar’s Pawn, John L’Heureux explores the strains of marriage, the nature of trust, the limits of love, and the inevitability of fate.