The Battle For Earth by Raymond L. Weil 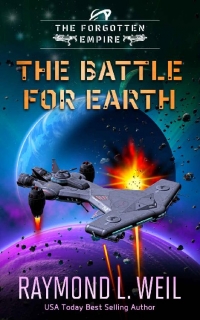 The Confederation has decided that Earth represents a significant danger to their future plans of Empire. A massive fleet is dispatched to destroy the Solar System and every Human on its planets, moons, and asteroids. If the Solar System falls, the fledging Human Empire will have no chance of survival.

Admiral Reynolds is tasked with defending the Solar System and preserving as many Human lives as possible. He knows he faces a nearly impossible task as he does not have the ships needed to stop the coming attack.