The Artful Apprentice by Christopher Nuttall 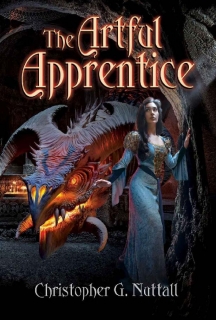 Every magician who wants to be great goes through an apprenticeship, through a period of training under a master who will — hopefully — raise them to mastery themselves. Now, for Emily, the time has come to begin her long-awaited apprenticeship with Void. She must master her powers or risk being destroyed by them.
But as Void introduces her to levels and layers of magic she never even knew existed, she finds herself fighting desperately to keep up, to defeat challenge after challenge to prove her worth to study under him … perhaps, even, to survive a training course that has killed other — lesser — magicians.