The Art of the Assassin by Kevin Sullivan 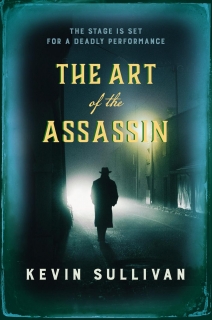 1899, Glasgow. A man is stabbed to death in a tenement courtyard, and Juan Camarón, photographer-cum-sleuth, is enlisted to assist the police investigation. His innovative photographic method can bring to light what the eye may have overlooked. Yet Juan has problems of his own: his late father’s legacy – a monumental photographic record of the architecture of colonial Cuba – is threatened by a charge of plagiarism from a mysterious señora.

Meanwhile, Juan’s hoped-for happiness with his fiancée, Jane, might be over before it’s even begun – even more so when a visiting professor is murdered and Jane is witnessed fleeing the scene. Juan is torn between finding the killer and finding his fiancée – but are they one and the same? The truth may be hidden in the photographs.