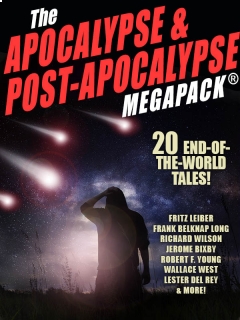 Fritz Reuter Leiber Jr. was one of the more interesting of the young writers who came into HP Lovecraft’s orbit, and some of his best early short fiction is horror rather than sf or fantasy. He found his mature voice early in the first of the sword-and-sorcery adventures featuring the large sensitive barbarian Fafhrd and the small street-smart-ish Gray Mouser; he returned to this series at various points in his career, using it sometimes for farce and sometimes for gloomy mood pieces–The Swords of Lankhmar is perhaps the best single volume of their adventures. Leiber’s science fiction includes the planet-smashing The Wanderer in which a large cast mostly survive flood, fire, and the sexual attentions of feline aliens, and the satirical A Spectre is Haunting Texas in which a gangling, exo-skeleton-clad actor from the Moon leads a revolution and finds his true love. Leiber’s late short fiction, and the fine horror novel Our Lady of Darkness, combine autobiographical issues like his struggle with depression and alcoholism with meditations on the emotional content of the fantastic genres. Leiber’s capacity for endless self-reinvention and productive self-examination kept him, until his death, one of the most modern of his sf generation.