The Affliction of Praha by Simon Gillard 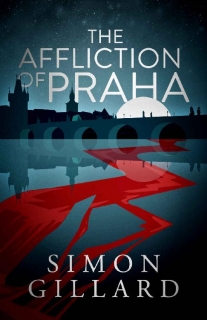 The Teralov family are loved and respected by everyone in Prague, adored for bringing prosperity and hope to its downtrodden people… so nobody expected to find Peter Teralov inexplicably murdered in the streets.
To quell the uproar, expert Soviet detective Edgar Rollenvart soon finds himself tasked with hunting down the one responsible and bringing the killer to justice. He’s confident he can unravel the mystery behind Peter’s killing – despite the mysterious absence of evidence.

Teaming up with Peter’s brother, Edgar embarks on a twisting and impossible case that will take them through the streets and cities of early 1920s Czechoslovakia. As the number of suspects mounts and the evidence seems to go nowhere, Edgar soon realizes that the mystery behind this case runs far deeper than meets the eye…