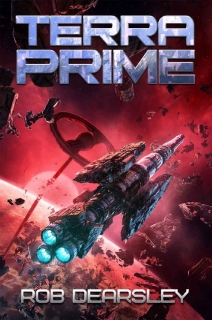 Captain Michael Dannage is losing his mind. Or more accurately, it’s being stolen.
It started as dreams, whispers in the dark. But now, the voices are intruding into his waking thoughts. It’s been a year since the Terran Imperium’s sentient warships ripped through colonised space. During the final battle, Dannage had to link with the ships – and now they won’t let him go.
With the Terran ships clawing at his sanity, Dannage is desperate for a cure.

The search throws Dannage, Arland and the crew of the Hope’s Folly into the political machinations of a secessionist government, the clutches of black-market scientists, and finally, onto a perilous mission to the heart of the ancient Terran Imperium, to Terra Prime.
But Terra Prime holds secrets older and darker than any of them could imagine. Some things were never meant to exist in our reality.