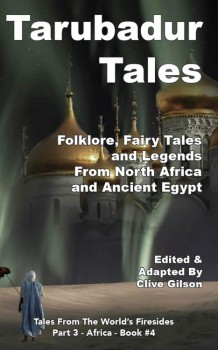 The Sahara runs from east to west across the widest part of Africa, a vast desert dividing the continent into two main regions. North Africa consists of the Mediterranean coast from Morocco to Egypt and includes the valley of the Nile River as far south as Ethiopia. With strong ties to the Mediterranean and Arab worlds, North Africans felt the influence of Christianity by the A.D. 300S, and in the 700s, much of the area came under the influence of Islam.

The people of the Maghreb and the Sahara speak various dialects of Berber and Arabic and almost exclusively follow Islam. The Arabic and Berber groups of languages are distantly related, both being members of the Afro-Asiatic family. The Sahara dialects are generally considered to be notably more conservative than those of coastal cities. Over the years, Berber peoples have been influenced by other cultures with which they came in contact: Nubians, Greeks, Phoenicians, Egyptians, Romans, Vandals, Arabs, and lately Europeans. The cultures of the Maghreb and the Sahara, therefore, combine elements from indigenous Berber, Arab and neighbouring parts of Africa and beyond. In the Sahara, the distinction between sedentary oasis inhabitants and nomadic Bedouin and Tuareg is particularly marked.

The diverse peoples of the Sahara are usually categorized along ethno-linguistic lines. In the Maghreb, where Arab and Berber identities are often integrated, these lines can be blurred. Some Berber-speaking North Africans may identify as “Arab” depending on the social and political circumstances, although substantial numbers of Berbers, or Imazighen have retained a distinct cultural identity which in recent times has been expressed as a clear ethnic identification with Berber history and language. Arabic-speaking Northwest Africans, regardless of ethnic background, often identify with Arab history and culture and may share a common vision with other Arabs. This, however, may or may not exclude pride in and identification with Berber or other parts of their heritage.

The Nile Valley through northern Sudan traces its origins to the ancient civilizations of Egypt and Kush. The Egyptians over the centuries have shifted their language from Egyptian to modern Egyptian Arabic, while retaining a sense of national identity that has historically set them apart from other people in the region. Most Egyptians are Sunni Muslim and a significant minority adheres to Coptic Christianity. In Nubia, straddling Egypt and Sudan, a significant population retains the ancient Nubian language but has adopted Islam. The northern part of the Sudan is home to a largely Arab Muslim population, but further down the Nile Valley you find the largely non-Muslim Nilotic and Nuba peoples.

As you will, no doubt, appreciate, this rich melange of migrations and contacts has profoundly influenced storytelling among the varied cultural, ethnic and religious groups across North Africa. There is the usual mix of magic and animism and a strong sense of duty and morality, even if those senses are a little different to some of the cultural norms of the early twenty-first century. There is also the usual mix of force and brutality in folklore and fairy tales, themes that we have seen writ large across all of the books in the Fireside series. That said, and as ever, selecting and adapting these tales has been both a joy and a labour, but always a labour of love.

Contents:
PREFACE
PART I – GENERAL NORTH AFRICAN TALES
DJOKHRANE AND THE JAYS
MOHAMMED WITH THE MAGIC FINGER
THE OGRE AND THE BEAUTIFUL WOMAN
SAMBA THE COWARD
THE FALSE VIZIER
THE ADVENTURES OF THE JACKAL’S ELDEST SON
THE SOUFI AND THE TARGUI
THE PRINCE AND THE THREE FATES
AHMED EL HILALIEU AND EL REDAH
THE STORY OF DSCHEMIL AND DSCHEMILA
THE TURTLE, THE FROG, AND THE SERPENT
THE STORY OF HALFMAN
THE HEDGEHOG, THE JACKAL, AND THE LION
THE STOLEN WOMAN
THE STORY OF THE SHAM PRINCE, OR THE AMBITIOUS TAILOR
THE KING, THE ARAB, AND THE MONSTER
THE THREE TREASURES OF THE GIANTS
THE LION, THE JACKAL, AND THE MAN
UDEA AND HER SEVEN BROTHERS
SALOMON AND THE GRIFFIN
THE WAGTAIL AND THE JACKAL
ADVENTURE OF SIDI MAHOMET
THE HAUNTED GARDEN
THE WREN
THE WOMAN AND THE FAIRY
MULE, JACKAL, AND LION
HAMED-BEN-CEGGAD
THE MAGIC NAPKIN
THE CHILD AND THE KING OF THE GENII
THE SEVEN BROTHERS
HALF-A-COCK
STRANGE MEETINGS
THE KING AND HIS FAMILY
BEDDOU
THE LANGUAGE OF THE BEASTS
THE APPLE OF YOUTH
ALI AND OU ALI
THE SHEIK’S HEAD
THE FLUTE-PLAYER
THE CHILD
THE MONKEY AND THE FISHERMAN
THE TWO FRIENDS
THE ROBBER AND THE TWO PILGRIMS
THE LITTLE CHILD
THADHELLALA
THE GOOD MAN AND THE BAD ONE
THE CROW AND THE CHILD
H’AB SLIMAN
THE KING AND HIS SON
MAHOMET-BEN-SOLTAN
PART II – LEGENDS FROM ANCIENT EGYPT
THE BOOK OF KNOWING THE EVOLUTIONS OF RA, AND OF OVERTHROWING APEP
THE LEGEND OF THE DESTRUCTION OF MANKIND
THE LEGEND OF RA AND ISIS
THE LEGEND OF HORUS OF BEHUTET AND THE WINGED DISK
A HYMN TO OSIRIS AND A LEGEND OF THE ORIGIN OF HORUS
A LEGEND OF PTAH NEFER-HETEP AND THE PRINCESS OF BEKHTEN
A LEGEND OF THE GOD KHNEMU AND OF A SEVEN YEARS’ FAMINE
THE LEGEND OF THE DEATH OF HORUS
THE NARRATIVE OF ISIS
A HYMN OF PRAISE TO HORUS
THE HISTORY OF ISIS AND OSIRIS
THE TAKING OF JOPPA
ANPU AND BATA
SETNA AND THE MAGIC BOOK
TALES OF THE MAGICIANS
THE PEASANT AND THE WORKWOMAN
THE SHIPWRECKED SAILOR
THE ADVENTURES OF SANEHAT