Swimming with the Angels by Colin Kersey 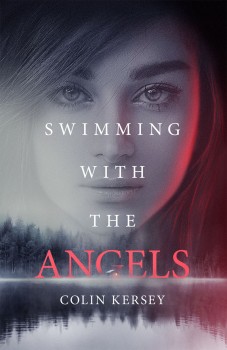 Gray Reynolds’ world is violently upended when assassins wound him and kill everyone else aboard a speedboat. He then learns from his dying wife that she helped steal $100 million from a notorious drug cartel. Gray’s only hope of staying alive is to disappear.

Forced to flee, Gray searches out a remote trout fishing farm in the foothills of the North Cascades that seems to be the perfect hideout. But his identity is not the farm’s only secret. Traumatized by the loss of her mother to cancer, a young blind woman believes the mysterious stranger is the man her mother promised would one day come. Her infatuation, however, arouses the desires of her older married sister.

Tensions escalate when a tragedy occurs, raising the possibility of the farm’s imminent sale and rekindling the cartel’s relentless determination to discover Gray’s whereabouts.