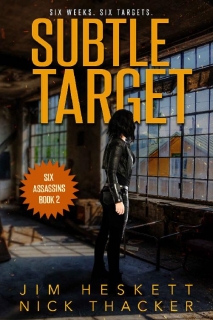 A ruthless peddler of poison is closing in. How long can she evade the inevitable?

Elite assassin Ember Clarke never thought she would have to stare death in the face. In week two of a six-week trial by combat, she’s working hard to keep her head above water. But the hitman after her this week changes everything by poisoning Ember’s crew solely to get to her.

Devastated by these senseless killings, Ember strikes out to find the vicious murderer. But a technicality in the rules keeps the poisoner’s identity secret.
Can Ember uncover the identity of her shadow before this person kills again?