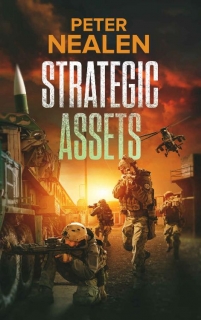 They retook Gdansk…
…At a terrible cost for both sides.
Where and when will the next blow fall?
Winter is setting in, and Eastern Europe is hurting. Russians prowl on one side, while the European Defense Council’s forces sit on the German side of the border, strangely quiet. Matt and his team have recovered from the wounds they received in Gdansk, but as low-intensity warfare continues, the question remains:
What is the EDC waiting for?

The Triarii are sure that the same people who launched the war aren’t giving up. They’ve already killed thousands. Power is their only goal, and the EDC won’t simply leave the Americans and Poles in peace. They can’t. Too much blood has already been shed.
So, Matt and his team get a new mission.
Go deep into enemy territory and find out what is happening.
Before the next hammer blow ends the war for good…