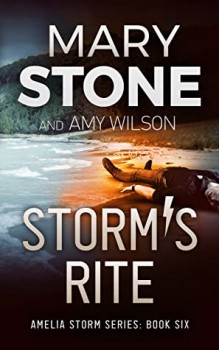 Last chance or last rites?
When the corpse of a drug dealer turned federal informant is fished out of Lake Michigan, Special Agent Amelia Storm knows it’s more than just a drug deal gone bad. Not only is the body hideously mutilated and the blood drained, but a number has been carved into the victim’s chest.

And he isn’t the only one.

Is a hitman responsible for the gruesome murders, or could a larger organized crime enterprise be involved? Or is something—or someone—far more sinister behind the killings?

As Amelia and her partner spiral down yet another deadly rabbit hole, every second counts as the two agents hunt a killer with a mystifying motive before he strikes again. But when demons from Zane’s past surface, it threatens not only his blossoming relationship with Amelia, but the investigation . . . and their lives.