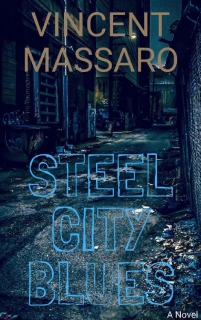 It began for Detective Sam Lucas in August of 1960. His life with his wife and three children was idyllic. Sam had just arrested Boris Flick for murder. His partner, Jimmy Dugan, would get the confession no matter what it took. Life was good. Then, Katherine Burns’ dead body was discovered splayed across her bed. Sam Lucas’ fears would soon be realized as he raced against the clock to bring a killer to justice.
His life changed forever.

In the fall of 1974, in the shadows of a country that had just seen its president resign, and a steel industry that is slowly imploding, a melancholy has taken over the country, his friend has committed suicide, and an unspeakable evil arises. As Sam Lucas races to discover what happened to his friend and police chief, he begins to delve deeper into the despair of a forgotten community and try to bring justice to people without hope.

As Sam Lucas tracks down a killer, he must confront the mistakes of his past as he tries to make right many wrongs, and to piece together the broken fragments of his life.