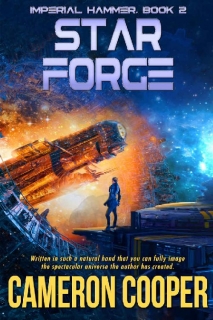 Danny is trapped in a fragile relationship with the self-aware interstellar array which calls itself Noam.
The array provides transport and communications. Without its cooperation, the Carinad Empire would collapse, stranding billions of people and causing chaos and death.

Danny Andela, a former Ranger known as the Imperial Hammer, is the only human the array trusts. Danny’s work to keep the array happy and minimize its deadly temper tantrums is draining. Worse, other humans distrust her because of her association with the array, including the crew of her one-of-a-kind ship, the Lythion.
Broke and alone, Danny faces a new peril: The array may not trust her, afterall…