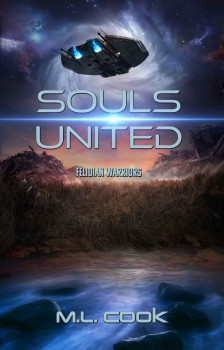 Corey Rhude is sent to a primitive planet to retrieve the prince.
Ember finds an alien that says they’re here to help.
Corey must gain her trust, or Earth will find themselves in a war they can’t win.

The Terrapians took everything from him. His family lost. He’s given up hope of ever finding happiness again. When the prince is found, he’s sent to a distant planet to bring him home. Now Corey just wants to find him and return to his life of isolation. When he arrives, he finds people like him, who’ve also lost everything. However, unlike him, they didn’t give up.

Ember Blaze narrowly escapes the devastation of an alien attack. Everything and everyone she loves, is gone. But hope remains. She’s able to start a new life, with a new family, and a new baby on the way. When an alien crashes in her yard, her life is about to change in ways she never could have anticipated. Her world is turned upside down when she is captured.

Corey knows what awaits Ember, should they succeed in taking her back to their ship. Facing a Terrapian base, they know they can’t do it alone. Will they find the prince and his people in time to save Ember?