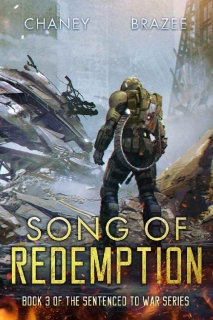 In the midst of humanity’s greatest fight for survival, old rivalries threaten to pull allies apart in a rush for rumored alien tech.

With the newly weaponized Sergeant Reverent Pelletier and his Marine Raiders at the tip of the spear, only they stand a chance at holding the shaky alliance together long enough to meet the enemy.

The Centaurs are on their way to destroy the very birthplace of human civilization: Mother Earth itself.
Humanity’s end may be upon us. . . but only if Rev and his team fail to do the impossible.