Sirens of Memory by Puja Guha 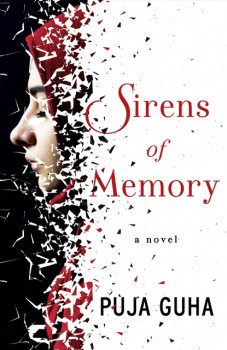 NAMED ONE OF CRIMEREADS’ “MOST ANTICIPATED CRIME BOOKS OF 2021”

When your past comes back to haunt you, you are forced to see who you really are.

Mariam is pregnant and fleeing an abusive marriage as the Iraqi invasion of Kuwait begins. Leaving her husband Tareq for dead, she crosses the border and is evacuated with the help of Raj, who she meets at a refugee camp and suggests she assume the identity of his dead wife so she can be issued Indian papers. Twenty-five years later, Mariam is still living under the identity of Raj’s Indian wife in the US. In an attempt to put her past to rest, she attends an event commemorating the anniversary of the invasion at the Kuwaiti embassy. Also in attendance is Tareq, miraculously still alive, who had assumed his wife was killed in the invasion decades before. Angry and obsessed, he begins planning his revenge. The confrontation that follows forces Mariam to confront her past as a victim and decide who she really is, once and for all.