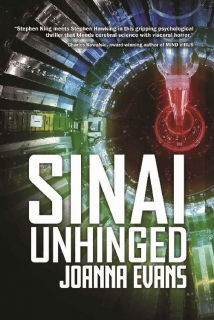 Lethal mistakes during a secret experiment drive scientists insane and plunge their therapist into a frightening search for the truth—and a dangerous fight for her life.
As the cries of a volatile patient in the psychiatric ward of Sinai General haunt therapist Alexandra Kraig, she realizes something terrifying has happened at the Complex. Mistakes have occurred there, mistakes that have changed him.

When Alex’s closest friend, also a scientist at the Complex, develops deeply disturbing behavior, she becomes determined to uncover the truth about the particle physics experiment hidden deep within the Complex walls, a project her missing father warned against many years before.

With her friend on the brink of madness, Alex resurrects her father’s research, infiltrates the Complex and races to halt the experiment’s destructive force. A dark element has another plan, hijacking the system, intensifying an already looming catastrophe, and propelling the Complex toward implosion. With time running out, Alex joins forces with the very scientists that created this monstrous experiment. Battling the enemy and the machine, Alex faces a ticking clock as she struggles to find the answer buried somewhere in her father’s secrets; an answer she desperately needs if she is to save her own life, and the lives of thousands more.